Over the past three months we have suffered the effects of the COVID-19 pandemic. In the blink of an eye, all aspects of our lives have changed, the majority of the European population has suffered from severe lockdowns, where people were not allowed to move freely around cities except for essential activities such as going to work and going to the supermarkets.

The lockdown have changed the sonic environment in urban areas. Suddenly, the noise of transportation and leisure activities have disappeared from our lives and other natural sounds, which were normally masked by anthropogenic sounds, have emerged again in cities. These urban sound changes are being studied in initiatives such us _Locate Your Sound _and Essex Sounds, where sound recordings are uploaded to measure how the lockdown have temporarily transformed the urban soundscapes by bringing out unique new environments full of natural sounds. There are also initiatives such as The Quiet Project, in which certified sound level meter owners are asked to share data on noise levels in different urban locations to see the effect of confinement on the city's noise pollution. Urban noise observatories have begun to publish reports to quantitatively measure noise reduction, and several research groups are conducting detailed analyses about the effects of noise reduction and confinement in cities.

These facts have encouraged a group of European researchers to propose the definition of a minimum standardized data structure that would allow the intercomparison of noise pollution data obtained before, during and after confinement in order to carry out research on this topic.

The scientific paper proposes the structure for the exchange of data shown in the image below. The scheme is quite similar to the one being developed in the Open Noise Monitoring Network, which gives us a good indicator of the correct development of the project and also allows us to validate our hypothesis about the problem of standardization when sharing data in the field of environmental acoustics. 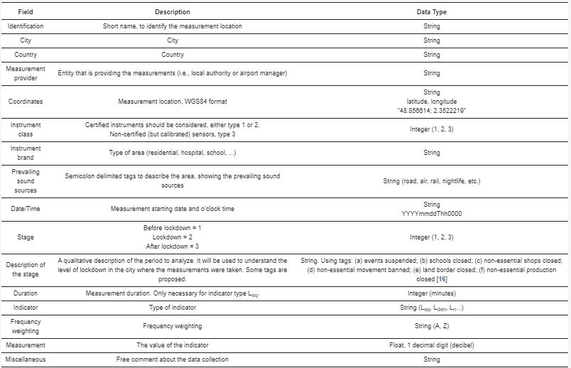 Thank you for reading, and you will be informed about the progress of the ONMN initiative in the near future!

Over the past three months we have suffered the … 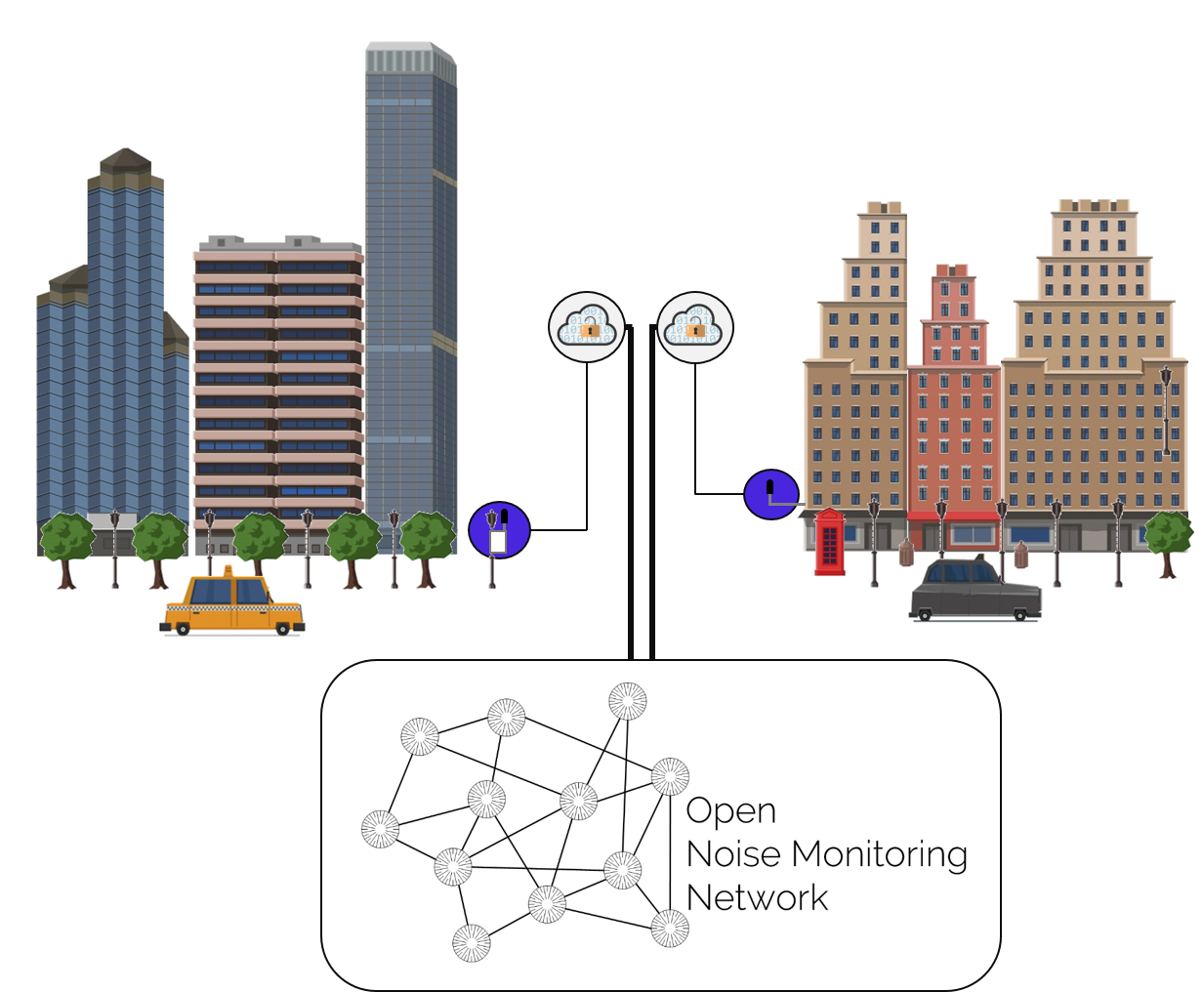 Welcome to a new initiative: the Open Noise Monitoring Network

Some years ago I discovered the OpenSky-Networks …